I helped launch Tasseled, a free college planning tool for high school students to save on college tuition, by leading product, brand, and marketing to turn a concept into an MVP. 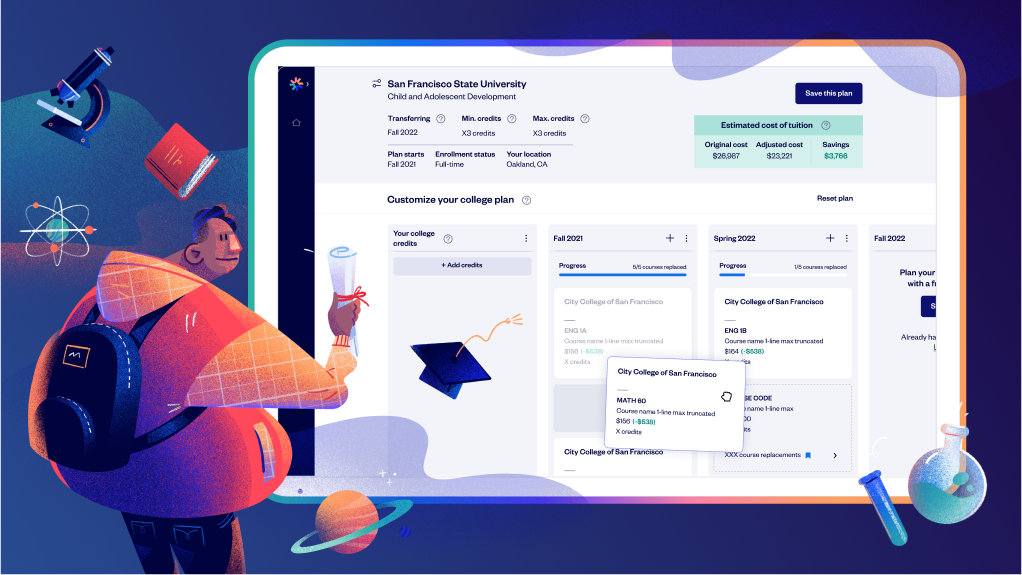 It all started when founder Vipul Patel transferred to Boston University and discovered he had a semester of credits that BU wouldn't accept.

Faced with the reality of spending thousands of dollars retaking courses, Vipul wrote a course-matching algorithm that proved his courses were equivalent. After successfully appealing BU’s decision, Patel created a free tool called JustTransfer to help other transfer students facing the same challenge.

After Vipul met All Turtles CEO Phil Libin at BU in 2020, our team embedded with Vipul’s to create a more robust tool. During this process, I led the All Turtles team in defining the vision, renaming the tool, crafting a new brand identity, redesigning the experience, and ultimately launched a web-based MVP.

Launched in Q1 of 2022, Tasseled envisions a world where every student can have the college education that they want, regardless of background or financial ability.

To learn more about Tasseled, read the Tech Crunch article → and check out the Tasseled MVP →

The Tasseled MVP is a free web application that helps students create and share multi-semester plans by finding and replacing Gen-Ed courses with cheaper transferable equivalent courses offered at community and 2-year colleges nearby.

“We’re already expecting a bunch of kids [who] are 17 and 18 to make a multi-hundred-thousand-dollar financial decision... and that’s kind of crazy. They’re simply making life-altering decisions with no information and our hope is that we can just close that.” 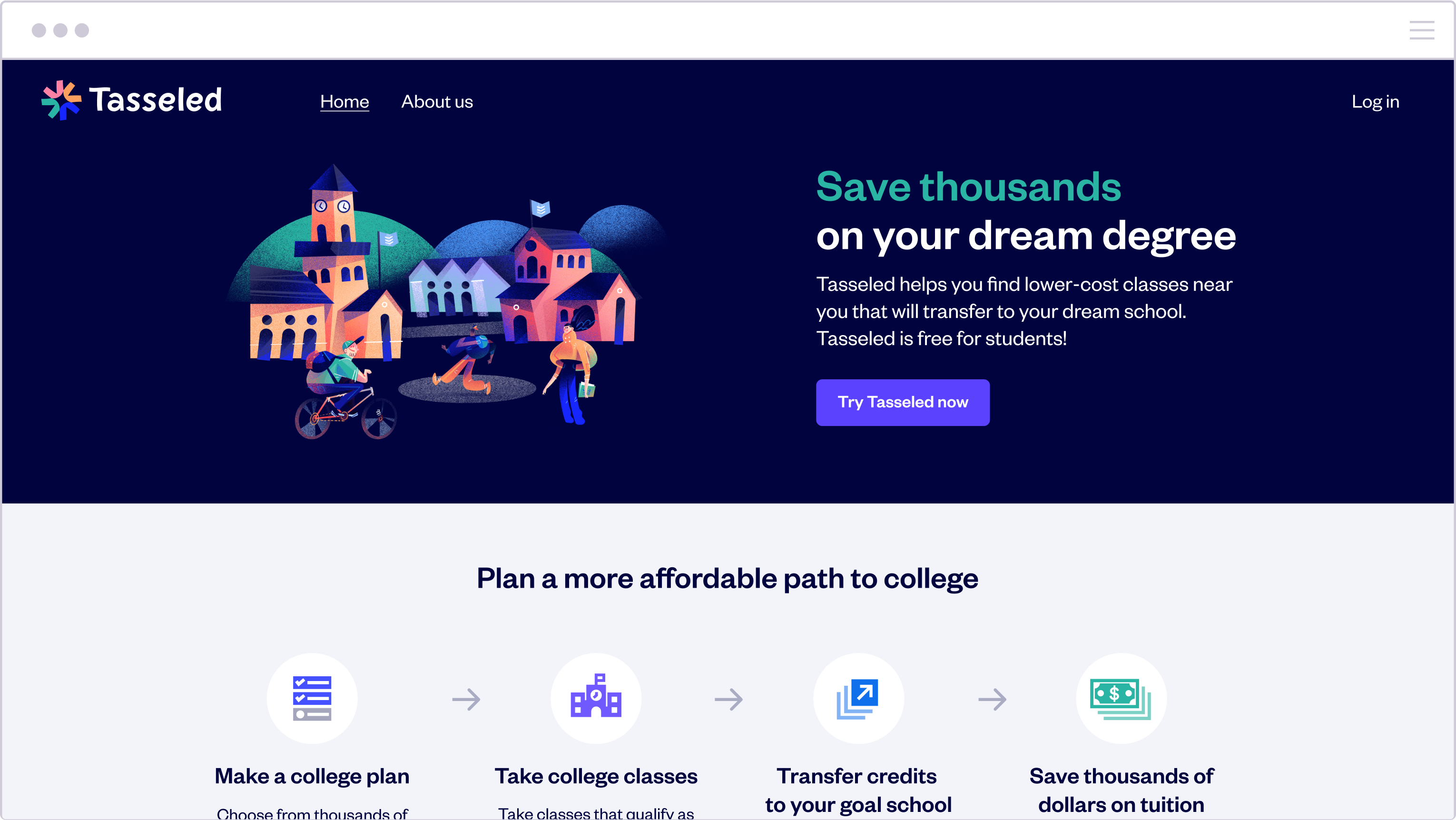 I led the All Turtles team in defining and implementing a marketing funnel, capturing an enthusiastic waitlist of high school students for the MVP launch, which we rolled out in New York state. 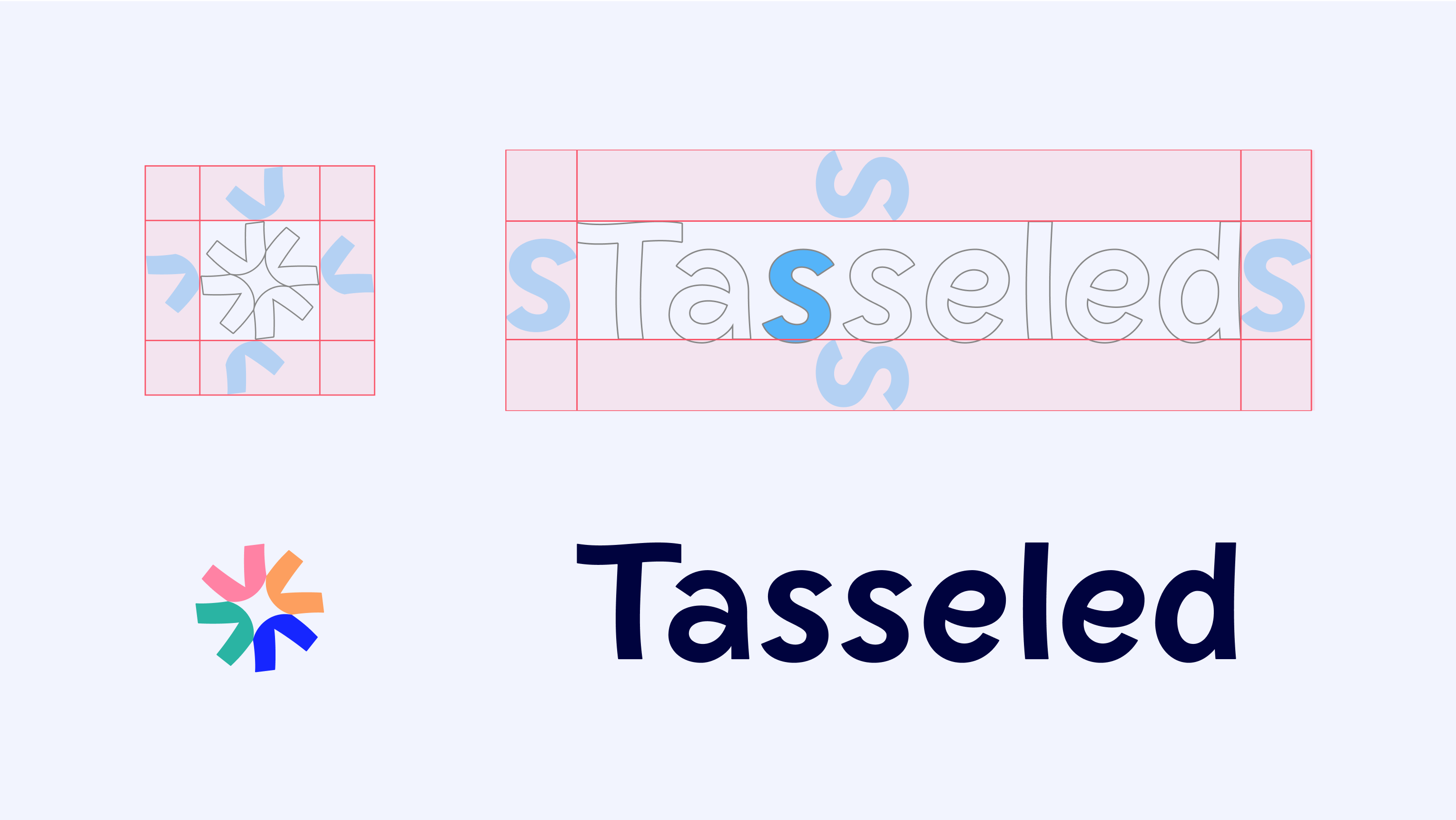 The identity was inspired by the final part of the commencement ceremony, where students are asked to move their tassel from the left to the right of their graduation cap, signifying they have earned a degree. The brandmark depicts a tassel from below and constructed by diverse arrows pointing towards inwards creating a north star.